Diamond is the hardest known substance, being composed of very densely packed carbon (C). Diamond has unique physical and chemical properties, aside from its brilliance and "fire" when properly faceted into a gemstone, which make it one of the most important minerals to industrialized society. Due to superior hardness, industrial grade diamond powders are often used to cut and polish all types of gem-grade stones. Along with its abrasives applications, other uses include heat sinks in electronic components, infrared windows in heat detectors, surgical blades, glass cutting and engraving tools, wire drawing dies, metal cutting tools, and drill bits. When tungsten carbide cutting tools were introduced during World War I, industrial diamond use increased greatly, principally for grinding and sharpening these tools. During World War II, demand for all industrial applications of diamond again increased dramatically. In 1955, General Electric Company announced the development of an industrial process for the manufacture of synthetic diamond. This was followed by a similar announcement in 1959 by De Beers Consolidated Mines Ltd. Today, the production of industrial grade synthetic diamond (336 million carats or 148,151 pounds) greatly overhadows the world's output of natural diamond. In 1989, natural industrial diamond accounted for 55 percent of the world's diamond production. Since diamonds were discovered over 2,000 years ago, only about 380 tons of natural (industrial and gemstones, combined) diamond have been recovered.

Evidence from conditions required to grow artificial diamonds and studies of minerals included in natural diamonds indicate that diamond is only formed at depths greater than 120 miles below the earth's surface and at temperatures greater than 2,000° F. Under these conditions, diamond is the stable form of carbon and was apparently captured and swept upward by igneous intrusions. These igneous rocks are called lamproites and kimberlites. 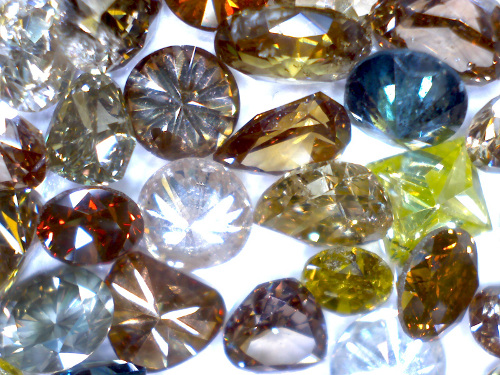 One of the few places in North America where diamonds are present in their host rock and the only place tourists may hunt for diamonds is the Prairie Creek pipe in Arkansas. It is roughly triangular in surface outcrop, exposed over 73 acres, and is situated 2.5 miles southeast of Murfreesboro in Pike County. The site has been known to geologists since 1842. It is a breccia-filled volcanic pipe of Cretaceous age, formed by a series of gaseous explosions as are several other pipes nearby.

Various rock types are present in the Arkansas diamondiferous pipes. Magmatic lamproite is a dark-colored igneous rock with a texture that has two distinct grain sizes (porphyritic). Some of it was broken explosively as it neared the earth's surface. This broken rock material is lamproite breccia tuff. Rarely have diamonds been reported in the soils formed by the weathering of magmatic lamproite; most have been recovered in the lamproite breccia tuff or in the thin residual soils overlying this rock. Microdiamonds, however, have been recovered from the magmatic rock by special techniques. Epiclastic rock, which is a rock formed by the mechanical mixing of tuffaceous volcanic material and local Cretaceous sediments, was recently recognized by geologists. 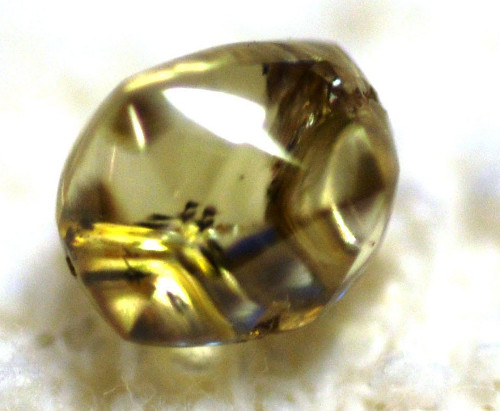 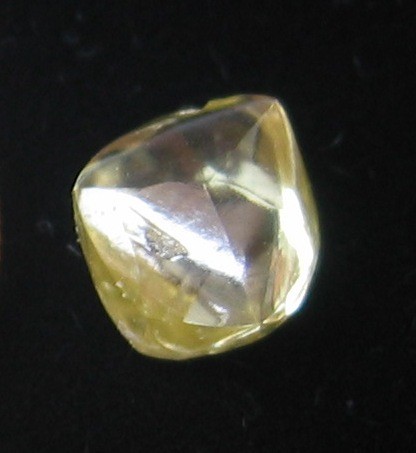 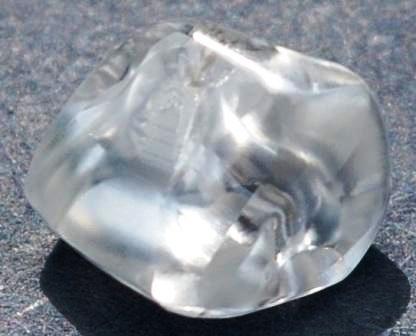 Diamonds were first discovered in Arkansas in 1906 when two stones were picked up by John M. Huddleston near the mouth of Prairie Creek southeast of Murfreesboro. Following this discovery, diamonds were reported from two small areas 2 miles to the northeast of the Prairie Creek pipe. Later, various efforts were made to mine diamonds on a commercial basis, but without sustained success. In 1919, the Arkansas Diamond Corporation was organized and a washing plant was built which processed 18,000 loads of surface-mined diamond-bearing material in 1920. The corporation discontinued operations after 9 months. Early in 1940, the property was taken over by The Diamond Corporation of Arkansas. Their 2,000-ton washing and concentrating plant began operation in 1948, but shut down a year later. Howard A. Millar operated the "Crater of Diamonds" tourist attraction on part of the Prairie Creek pipe during the 1950's and 1960's. This volcanic pipe and some surrounding acreage became Crater of Diamonds State Park in 1972 when the State of Arkansas purchased the property for $750,000 from General Earth Minerals. From 1972 to 2006 inclusive, over 2 million guests had visited the Park.

Recovery figures are incomplete, but estimates are that about 125,000 diamonds, thought to average 0.25 carats in weight, have been recovered by commercial efforts and by tourists. Since the Prairie Creek pipe became a state park in 1972, the state has maintained records of the number of diamonds discovered and reported. From 1972 to 2006 inclusive, over 25,000 diamonds weighing a total of over 4,500 carats have been reported (Crater of Diamonds, Diamonds Statistics Summary). It is not known what percentage of the stones from Arkansas are of industrial grade.

In the early 1990's, drill-hole data on the Prairie Creek pipe indicated about 78 million tons of diamond-bearing rock are present to a depth of 650 feet. Several nearby diamond-bearing lamproite pipes are present northeast and east of the state park on private property. For information concerning gem-quality diamonds, see the Diamond article under Gemstones.