The principal mineral of limestone is calcite (CaCO3), a form of calcium carbonate. Dolostone is quite similar to limestone, but is composed mostly of the mineral dolomite (CaMg(CO3)2). Both are sedimentary rocks that occur as thin to massive beds of fine- to coarse-grained rock. Their color is typically some shade of gray, but may be white, tan, yellow, pink, purple, reddish brown, brown, or black. Limestone readily reacts with hydrochloric acid and produces carbon dioxide (CO2) as a gas. By contrast, dolostone is less reactive and normally must be in powdered form to react visibly. Pure dolomite contains 54.28 percent calcium carbonate and 45.72 percent magnesium carbonate. Dolostone is commonly referred to by its mineral name, dolomite. 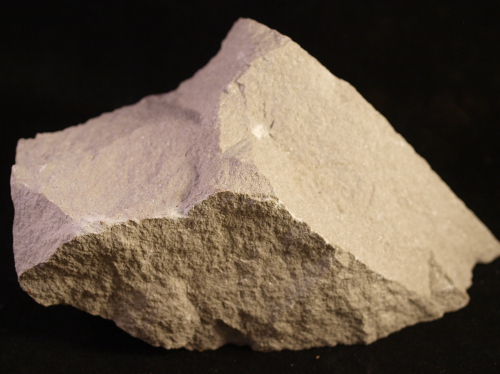 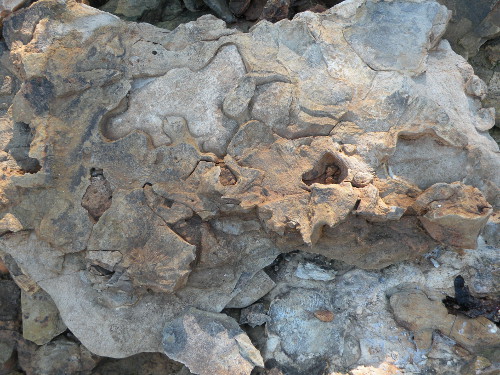 Limestone is composed of material derived by both chemical and biological activities. The particles of sediment that make up a typical limestone are frequently recognizable as fossil fragments. By contrast, most dolostone is crystalline. Dolostone forms when magnesium in pore water is substituted for some of the calcium in the original limestone, or by direct precipitation. Most limestones of commercial importance accumulated in relatively shallow marine environments and are widely available for utilization. Carbonate rocks form about 15 percent of the earth's sedimentary strata.

Often, little distinction is made between limestone and dolostone because they are often interchangeable in their uses. Both are frequently sold under the name of limestone. Perhaps no other mineral resource has as many uses as limestone and dolostone. These two rocks are the basic building blocks of the construction industry. The principal uses are in the manufacture of quicklime (CaO) and other chemical feedstock items, crushed stone, riprap, building and dimension stone, cement, and agricultural limestone. The most important use of dolostone for which limestone cannot be substituted is in the manufacture of refractory dolomite and in the preparation of heat-insulating materials. Limestones and dolostones high in silica are suitable for the manufacture of mineral or rock wool for insulation. Some high-purity limestones in northern Arkansas have been used as source material for calcium-based food supplements.

Crushed limestone, used largely as concrete and asphalt aggregate, is the major product of limestone mining in Arkansas. Several companies in Benton, Independence, and Lawrence Counties mine and crush the stone. The bulk of the crushed material is used in road construction, concrete aggregate, and as agricultural limestone. Some limestone- and dolostone-bearing formations are quarried for building or ornamental stone, mostly in Independence County. Currently, one company produces quicklime (CaO) from its facility near Batesville in Independence County. The raw rock is hand sorted and transported a short distance from the quarry to the kilns by a narrow gauge railway.

Limestone and dolostone are quarried from open pits and underground mines. Drilling and blasting releases the stone from the outcrop and provides first-order breakage. The rubble is then hauled to a crushing facility where the stone is further crushed, screen-sorted into size classes, and stored. Limestone needed for high-purity applications (quicklime and food supplements) is usually hand-sorted at the mine. In the manufacture of quicklime, limestone is crushed to lump size (usually 5-8 inches) and heated in a kiln to temperatures of around 2,000° F. The process is called calcination and works by driving off carbon dioxide from the calcite, forming calcium oxide (quicklime). Limestone used as a source of nutritional calcium is simply ground into a powder, mixed with other supplements and binders, and reformed into pills or capsules. Stone that is to be used for its ornamental qualities is extracted from the bedrock by saws and wedges. Afterwards, the rock is either cut or carved to its final shape. Polishing may be used to finish the product.

No records of annual production of limestone and dolostone are readily available from Arkansas because they are grouped with other types of rock aggregate production, but yearly production tonnage is significant.