Lithium (Li) is the lightest of all the metals, having an atomic weight of 6.939 and a specific gravity of 0.534. The mineral spodumene (LiAlSi2O6), which is often present in extremely coarse-grained igneous rocks called pegmatites, is the most important commercial ore mineral of lithium. In the 1960’s, with the discovery of lithium in brines and in arid evaporative lakes and lake deposits (evaporites), new commercial sources of lithium became available. Lithium occurs in significant amounts in geothermal waters, oil-well brines, and as a trace element in a variety of rocks. 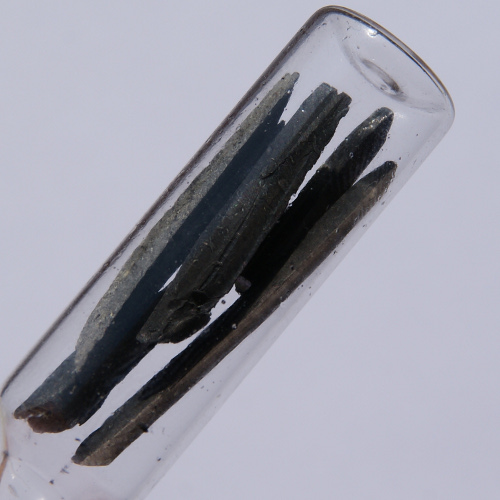 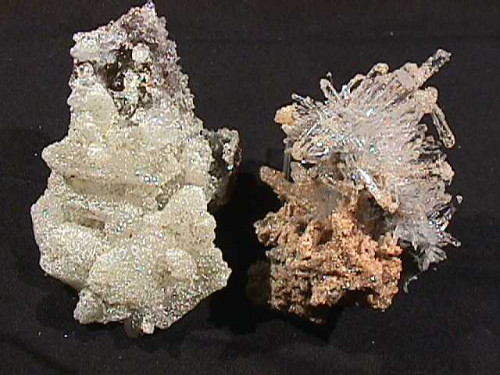 The most important lithium compounds produced commercially are lithium carbonate, lithium hydroxide, lithium chloride, lithium bromide, and butyllithium. The bulk of these compounds are consumed in the manufacture of ceramics, glass, and aluminum metal. Recently, the applications of lithium in certain metallurgical and chemical industries have been rapidly expanding and diversifying. Because lithium is electrochemically active and has other unique properties, it has few substitutes. Highly purified lithium carbonate has been successfully used in chemotherapeutic treatment of manic depression. Two new applications which have significant potential are as absorption blankets in nuclear fusion reactors and as a component in high-energy, long shelf-life batteries.

The 3 lithium minerals that exist in Arkansas occur in the Ouachita Mountains. Cookeite (LiAl4(Si3Al)O10(OH)8) is in small hydrothermal quartz veins, most commonly filling fractures in the Jackfork Sandstone (Pennsylvanian) from Pulaski County westward through Saline and into Perry County. Taeniolite (KLiMg2 Si4O10F2) is present in smoky quartz veins in the recrystallized novaculite adjacent to the Magnet Cove intrusion (Cretaceous), Hot Spring County, and in a chalcedony-fluorite-pyrite vein in the "V" intrusive (Cretaceous age igneous dikes), Garland County. Lithiophorite ((Al, Li)Mn4+O2 (OH)) has been reported in the manganese deposits in Polk and Montgomery Counties, and as a late secondary mineral in quartz veins from many localities in the Ouachita Mountains. None of these minerals are considered economical sources of lithium.

The bromine-rich brines from wells in the Upper Jurassic Smackover Formation of Columbia County in southwestern Arkansas contain as much as 445 parts per million lithium. Lower values are reported in waters originating from some water wells and hot and cold springs scattered across Arkansas. Except for lithium's potential as a by-product from the bromine brines in the Smackover Formation, other concentrations of commercial potential are not known to exist in Arkansas.

Image courtesy of Stas1995 from https://commons.wikimedia.org/wiki/File:0.5_grams_lithium_under_argon.jpg