Nickel (Ni) is the fifth most abundant element in the earth, but it is rare in crustal rocks. Elemental nickel is a silvery, hard, ductile metal with a moderately high melting temperature and a relatively high specific gravity (8.9). The main use of nickel is as an alloy in steel and cast iron. Nickel is vital to the stainless steel industry and played a key role in the 20th century in the development of the chemical and aerospace industries. It is used in nonferrous alloys, heat- and electricity-resistant alloys, and in plating. Nickel gives its alloys toughness, strength, corrosion resistance, and special electrical, thermal, and magnetic qualities. 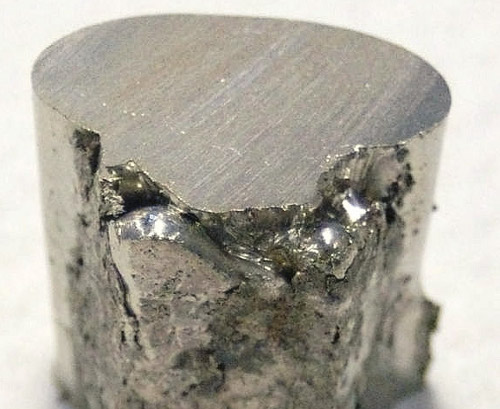 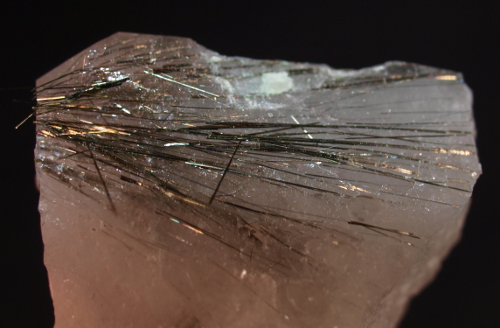 Nickel-bearing deposits result from several geological processes. Lateritic nickel deposits form from weathering of certain silica-deficient igneous rocks rich in iron and magnesium, which concentrates nickel in the weathering product. Nickel sulfide accumulations result from the deposition of nickel minerals by hydrothermal (hot water) fluids. The most common nickel-bearing mineral known in Arkansas is millerite (NiS). Millerite has a metallic luster and a pale brass-yellow color with a greenish tinge and typically forms fine, hair-like masses.

The discovery of millerite in Arkansas was at the now abandoned Rabbit Foot mine, located within the northwestern city limits of Benton in Saline County. Millerite in cavities and crevices in a quartz vein hosted by black shale was exposed in a creek bed. In 1887, 1,991 pounds of ore were sampled and assayed, showing 1.46 percent nickel and cobalt combined. Work began in 1887 and ended shortly thereafter. Today, the site is covered by stream alluvium. Three minor occurrences of millerite are in north Arkansas, two in Benton County and one in Izard County. Soapstone deposits in Saline County contain traces of nickel-bearing minerals. Investigations of manganese deposits in the Ouachita Mountains region of west-central Arkansas also revealed nickel in the manganese ores. Analyses of manganese ore concentrates indicated nickel in the range of 0.03 to 0.39 percent. Further evaluation of the manganese deposits and associated trace elements (cobalt, nickel, and lithium) is necessary to determine the economic potential of these deposits. No nickel mining occurred in Arkansas since the exploration work at the Rabbit Foot mine.

Comstock, T. B., 1888, A preliminary examination of the geology of western-central Arkansas, with especial reference to gold and silver: Arkansas Geological Survey Annual Report for 1888, v. I, pt. 2, 320 p.

Image courtesy of Samsara from https://commons.wikimedia.org/wiki/File:Nickel_chunk.jpg