Vanadium (V) is a metal with a moderate specific gravity (6.0) and a relatively high melting point (1710° C). Vanadium is often considered to be an uncommon element, but its abundance in the earth's crust is actually comparable to that of copper, nickel, and zinc. However, despite its abundance, it is one of the most expensive elements to recover. Ore values generally are 1.5 percent vanadium pentoxide. Vanadium pentoxide (V2O5) is the principal starting material for the manufacture of all vanadium compounds. 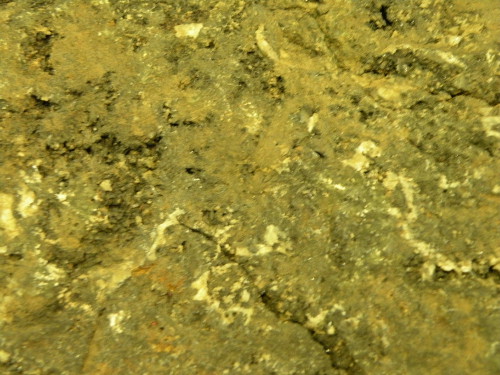 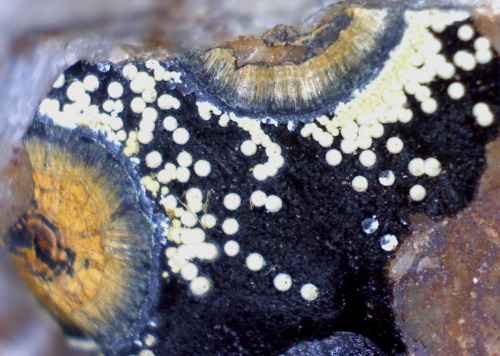 The steel industry consumes more than 80 percent of the world's output of vanadium. Vanadium combined with iron, termed ferro-vanadium alloy, is added to steel to increase strength and improve both toughness and ductility. Such high-strength steels are used in high-rise construction, bridges, large-diameter pipelines, and automobiles because of the weight savings. High quality vanadium-steel kitchen knives are prized for their ability to retain a sharp edge. Other uses of vanadium alloys and compounds include aerospace applications and catalysts.

By 1940, chemical analyses of rocks and minerals from the Magnet Cove area, Hot Spring County, indicated that commercial concentrations of vanadium be present. During uranium exploration in the early 1950's, significant vanadium values were reported at Potash Sulphur Springs in Garland County by geologists and chemists from the University of Arkansas. Subsequent research centered on uranium and niobium, but also gathered data on vanadium. In 1962, Union Carbide Corporation initiated a systematic study of the Potash Sulphur Springs igneous complex and its adjacent contact metamorphic rocks, which resulted in the discovery of several ore-grade deposits and led to construction of the Wilson Springs processing mill in Garland County.

Vanadium deposits at Potash Sulphur Springs consist of highly altered sedimentary rocks, mainly the Arkansas Novaculite (Mississippian-Devonian) and altered igneous rocks in and adjacent to the contact metamorphic zone. These deposits were mined from open pits. The mineral suite is complex and includes several complex vanadium species, usually too fine-grained to identify in hand specimens. Vanadium ores may also include concentrations of titanium and niobium. The Christy vanadium deposit at Magnet Cove, Hot Spring County, was mined by open-pit methods and the ore processed at the Wilson Springs mill. The last production of V2O5 from Arkansas ores was in 1990. The vanadium contained in the Christy deposit formed in recrystallized and altered novaculite. Vanadium is contained mainly in vanadiferous goethite, with minor contribution from vanadium-bearing brookite.

Since production start-up, the Wilson Springs facility processed over 4.8 million short dry tons of approximately 1.2 percent V2O5-bearing ore. Concentrate from this facility was shipped to Marietta, Ohio, for conversion to "Carvan" vanadium (a ferro-vanadium alloy).